This is the blog of Juliet Macleod.
She is a potter who makes wheel thrown porcelain inspired by the sea.
If you would like to visit her main website please click on this link:
www.julietmacleod.com

The blog below consists of a series of posts about her studio, inspiration (Spark) and ceramics collection (Magpie).

Last year I visited Ceramic Art London for the first time. It was an amazing show with an incredible array of international exhibitors. I had a significant birthday a few months earlier and had been given some money to spend on pots, so it was an easy choice to buy this beautiful rocking bowl from Chris Keenan.

All Chris’ work is made with Limoges porcelain. He uses only two glazes: tenmoku and celadon. He uses this restricted colour pallette to great effect, and it makes his work immediately recognisable.

I met Natalie a couple of years ago at her Gray’s School of Art degree show. She was showcasing her range of Japanese inspired Detsu ware and I was captivated by the pared back forms and pastel colours. Our paths have crossed a number of times over the past two years, but somehow I never managed to buy a piece of hers.

Recently Natalie has been collaborating with a number of illustrators who have decorated a series of her pieces. I saw this piece, the ‘Serpent King’ described on her Instagram feed earlier this month and snapped it up. It reminds me of the imagery I used to see in the children’s books I was brought up on. 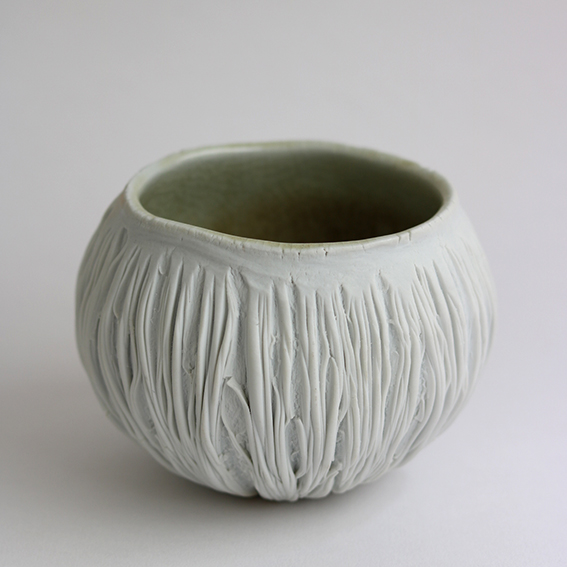 I saw a photograph of this beautiful piece on Patricia’s Instagram feed just over a month ago when she was exhibiting at Earth and Fire. I’ve admired her new porcelain work for a while now, and what with a rather large birthday coming up at the end of the year it didn’t take much to convince me to treat myself to an early present.

Patricia’s work is inspired by the landscape of the Isle of Skye – one of my favorite places in the world, and where I spent many summer holidays growing up. She creates pieces by either throwing or cutting into solid lumps of clay, and then texturing and stretching to make the finished forms. I had the pleasure of watching Patricia demonstrate some of her process a few years ago at the Scottish Potters Association spring workshop.

A series about people that have influenced my creative path

I’ve mentioned previously that we visit North Uist each year for a family holiday. We nearly always miss the open studios, and sadly we did again this year. Luckily I bought this small painting a few years ago when Pauline was taking part in a local exhibition. She is most well know for her poetry, but I feel that her paintings capture everything that I love about the breathtaking beaches and ever changing weather that belong to the island. 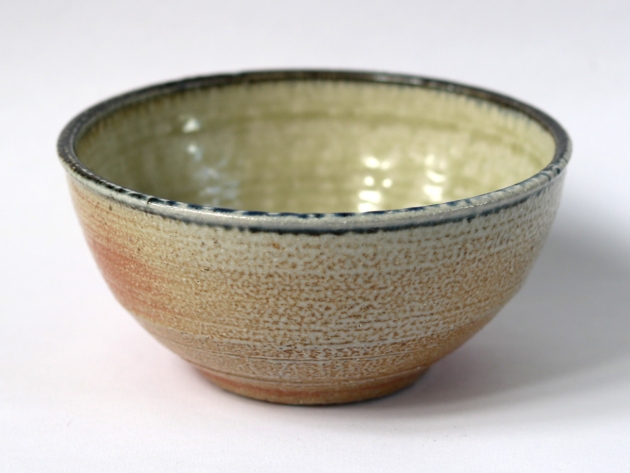 I really enjoyed meeting John and Penny West at Potfest Scotland at the beginning of June. I’m a sucker for soda and salt glazed pottery and their stand was full of the most sumptuous array of pieces. When you take the time to look, the subtleties of their work reveal themselves… first the tell tale orange peel glazing to the exterior highlighting the tan slip; then the ash glazed interior which has pooled and crackled beautifully in the bottom. But the thing that really completes this bowl for me is the the addition of cobalt slip to the rim, which has bleached slightly in places where it has been hit by the soda during firing. Inspired. 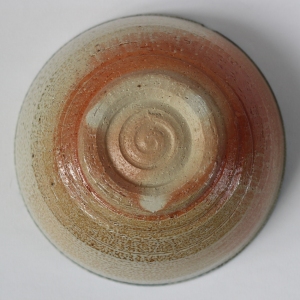 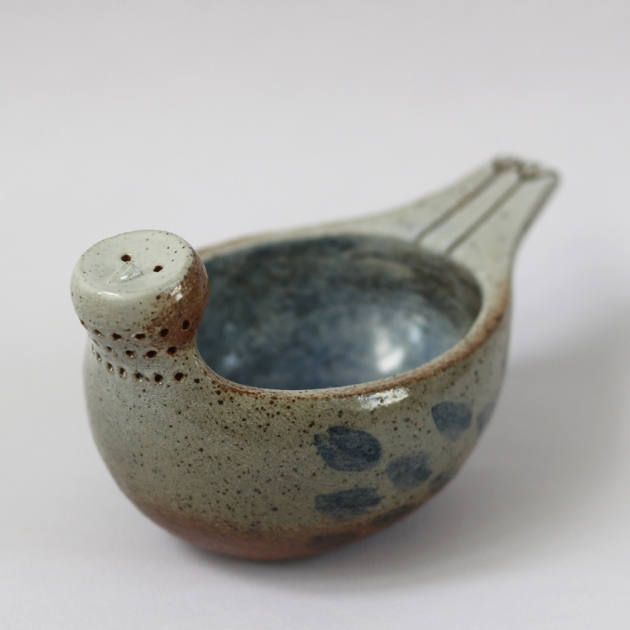 I’ve seen Chiu-i’s work on a number of occasions and have always been captivated by the whimsical imagination of her pieces. At Potfest Scotland last year I fell in love with a particular piece, but hesitated in buying it until I had reached my own sales target. Big mistake… unsurprisingly by the Sunday it had already been bought.

This year I was determined not to make the same error, so I visited her stand early last Friday to take a look. I wasn’t disappointed, and this gorgeous little bowl has come home with me. 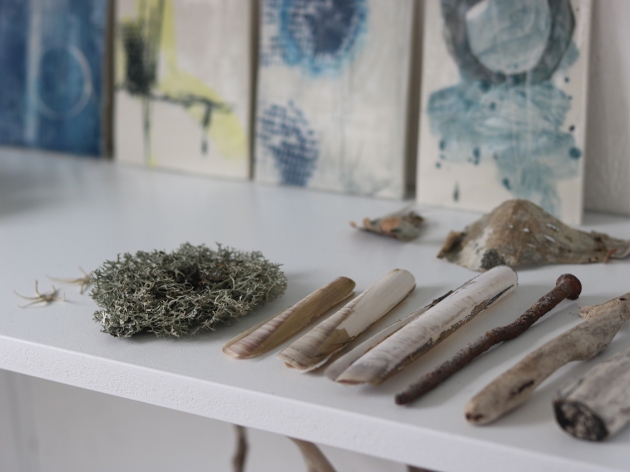 Three years ago this summer my new shed studio was finally finished. It was two months late and I was desperate to get back to work, already having taken four months off to project manage alterations to our home. My previous work space was our tiny scullery which I shared with the boiler, sink, washing machine and fridge freezer.

I rushed moving in without paying great attention to layout, and it worked fine for a time. I bought flexible metal shelving and a table that I could move around the limited space as I needed. However, as months passed I began to realise various shortcomings… no sturdy workbench, no possibility of another wheel, the kiln taking up a huge proportion of the space. The interior is lined in very industrial orange OSB board. I painted the ceiling and one wall white a year ago and this added some much needed light, but the space still felt very functional. 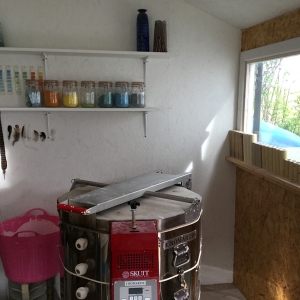 I admit to having total studio envy when I see photographs of other people’s workshops on social media. In particular Pip Wilcox’s serene environment, and Tasja Pulowska’s multifunctional space. I knew I wanted a little of both.

Following much thought, discussion and deliberation about what improvements to make, a joiner fitted some bespoke shelving (inspired entirely by Tasja’s), and a workbench with additional storage. I then spent two weeks painting, and slowly moving everything back in a much more considered way. I now have a compact space that works better on so many levels; it’s a beautiful environment to be in, it works as a studio and gallery, and it’s flexible.

I’m glad that I took time before making the investment to upgrade. It’s good to know how you use a space, what the faults are, and how they could be improved.

So here it is… my new place of work.
I’m now really looking forward to open studios in September.

Much more storage and display space 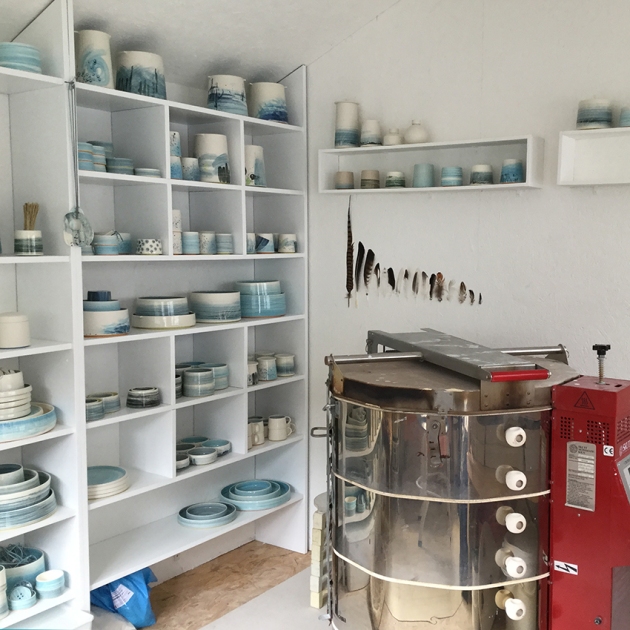 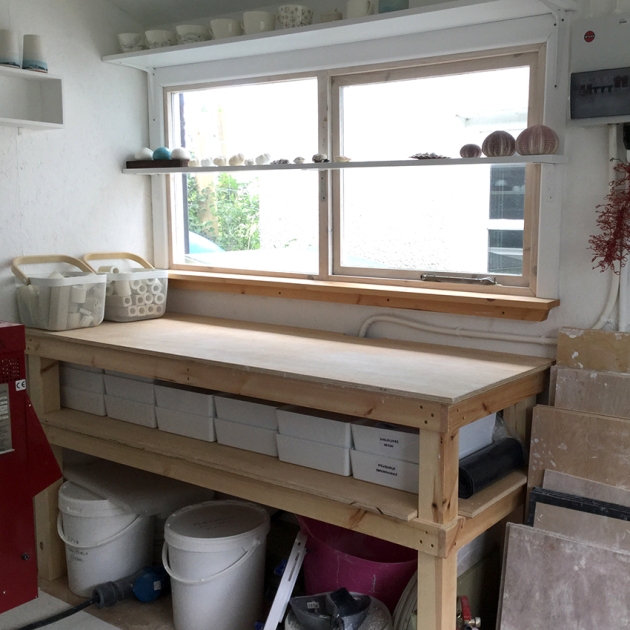 Standing height workbench to help my back, with storage for all my beach treasures

A few weeks ago we went on a mad whistle stop tour of the South West. We made a fairly large detour into West Wales to catch up with old friends, and realised that we were only a few miles away from Karen and Andy’s pottery. We’ve been following each other for years on Instagram, and it was a delight to finally meet face-to-face. I came away with this gorgeous Chrysanthemum mug, but deciding was very difficult as there was so much to choose from… 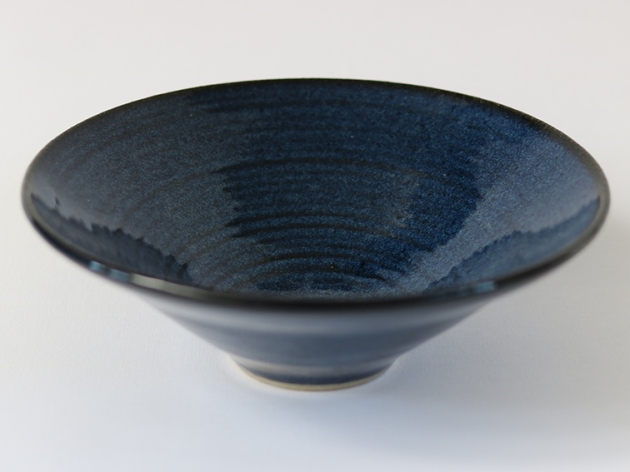 I mentioned a while ago that I bought two things from Susan Duncan last summer when I visited her studio in Lochcarron, on the west coast of Scotland. This is the second bowl, and it is difficult to do it justice in a photograph. The way the deep blue glaze breaks to black over the rim and throwing lines is spectacular. I’m now wishing I bought two of them.

© Juliet Macleod and The Cloud Pottery, 2013-19, unless otherwise linked or credited. Readers are welcome to share this blog, provided that full and clear credit is given to Juliet Macleod and The Cloud Pottery with links to the original content; but please do not copy or distribute any photos and/or text without my permission. If you have questions, comments or requests, please contact me at julietmacleod@gmail.com